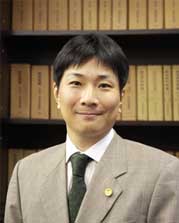 He has extensive experience in advising businesses and consumers on all aspects of the validity of consumer contract terms and the appropriateness of expressions or statements on displays or advertisements of various products and services, including medial and other service businesses, retail businesses and consumer products suppliers. Provides specific advice on those validity and appropriate modifications promptly by taking advantage of experiences as a chairperson of The Working Group of the Japan Federation of Bar Associations for Collective Redress Litigation Scheme for Consumer Damages and his two year work experience in the consumer policy making division of the Japanese Government. Also conducts legal research for foreign companies carrying out or considering consumer business in Japan on consumer protection frameworks, such as regulations on consumer contract terms and advertisements for consumers. In addition, provides specific and general advice on the new class action scheme for consumer damages in Japan which was in effect in October 2016.